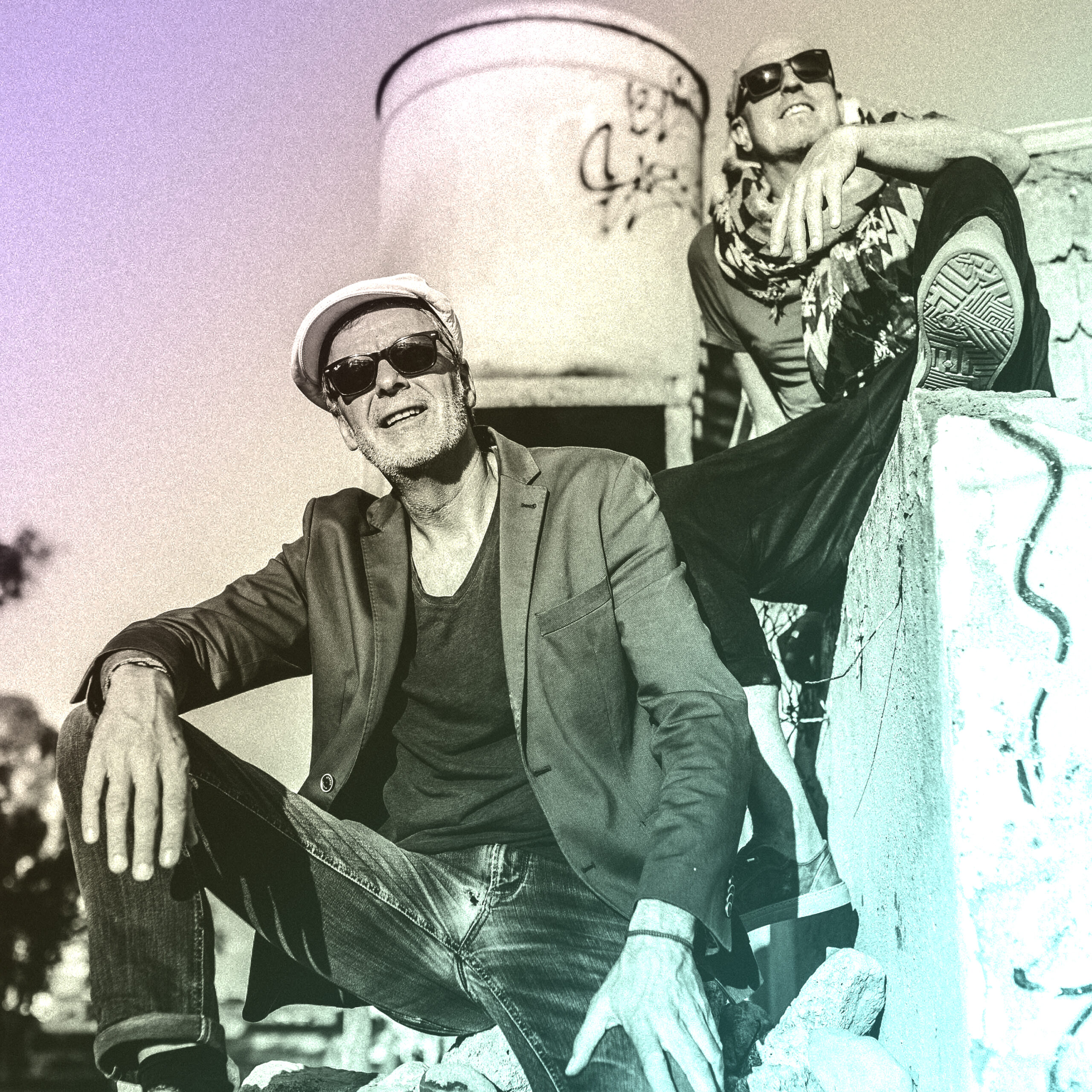 Tribu Oro are back again and they do it with a new release. This uniquely inspired duo have made a name for themselves through a handful of tasty songs.

Tribu Oro is the musical brainchild of Philippe Del Bosque and Michael Rittner (Miklosh), who started the Tribu Slow ethnic groove parties in early 2016 in Malaga Spain.
They met on a malaga music showcase early 2016 and discovered they had a drive to change the music scene in Malaga – which was mainly Reggeaton in that time. Initially started as a DJ duo

Since then they hooked up with some different musicians to make their eclectic sound.
Released on different labels and keep on growing.
The only way to describe their music would be electronic fusion.

Philippe sprouted from a Techno – drum and bass background, Miklosh (also active in the dark wave band “the moment”)brought his Acid and punk influences to the slow ethnic sound. Thus creating their unique eclectic sound. They always take you on a musical journey through different styles influenced by all that surrounds them.

The music of this unique duo is unclassifiable, but unrivaled. Close your eyes and let the sensations flow.

Hi guys, how was your last remix on Michele K’s EP born?

Alessio from Aureon records contacted us if we were interested in working together and so the first talks started. He liked our style and asked if we would make a remix, he sent us 3 tracks to choose from and we immediately liked the one from Michele K . The collaboration with Aureon and Michele was very smooth and professional. We will work with them in the future for sure

What do you like most about working at a meeting project with a young producer like Michele K?

Michele makes some great tunes, you can hear the man’s influences in his tracks and those appeal a lot to us. It is wonderful to work with such a promising young producer.

What were you inspired by? What did you want to convey?

The guitars in the original one were so great that we wanted build the story around it. The whole idea was to make a trip.

Your sound is very eclectic and cinematic, where does it come from? What have been your influences?

Phil: I come from a Techno/ drum & bass background and Mika from a Punk/ acid background, we are both big movie lovers so this cinematic sound is always present in our productions. Also we raved a lot in the 90’s so our sound is definitely influenced by this as well.

Mika : We both love The SMITHS and THE STONE ROSES from Manchester and of course we admired the Bristol Scene with Massive Attack, Portishead, Roni Size and so on…

Plus and have been raving since 1989 and in all the 90s. Being DJ s in the 90s took big print in both of us house cause House and Techno Scene in the 90s was just amazing. Not that nowadays its bad, but there were was the whole Chicago and Detroit Movement that influenced us a lot as well.

How do you think your sound has evolved since you started until now?

Phil :In the beginning we were absolutely focussed on the world music/ downtempo thing, these days we added a trumpet/ bass player (Malcolm) and a great singer ( Sofia Lorena) so our sound becomes more organic. We never follow the beaten track. We follow our intuition so we never know which direction our sound will go, it is for sure our sound. Mika: Plus we love psychedelic Guitars and fat Acid Basses and we are always telling stories in our sounds. The take you to a trip. We both love sounds they take you to the DEEP I, like in our Spaceness EP from from Win Recording in Glasgow.

What more projects are you working on?

We are now recording some new tracks which are influenced by the poems of Aldous Huxley which we hope to release soon and we have an upcoming release together with Unam.

This site uses Akismet to reduce spam. Learn how your comment data is processed.

Alejandro - May 7, 2021
0
Sorry, this entry is only available in European Spanish.

An Interview with Davy (Futurepast)

(Español) Late Runner – Someone Else #2

All content on this site is legal, the content is aimed at promoting the artist or label. The download links that appear on the site is expressly authorized by the artists themselves.